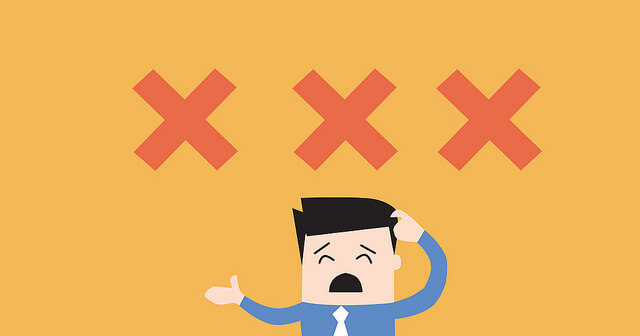 Question asked by a NEET aspirant – “What are the biggest mistakes that you made while preparing for the NEET?”

This is a guest post from Ankit Kumar Rai (MBBS from King George’s Medical University).

Here are some of the mistakes I made during my NEET preparation.

I mainly focused on the coaching modules during the initial phase of preparation. The enormous amount of information contained in them made me believe that it would completely cover the topics of NCERT. Although they did cover NCERT, but due to the large volume of extra information in them, I was not able to pay attention to each and every point.

It was in January when I shifted to NCERT due to heavy workload and realised my mistake. NCERT contains a huge amount of minute details which can’t be overlooked. I was able to read NCERT only two or three times thoroughly before NEET. So read NCERT from the very beginning of your preparation. Even if you want to focus on the study materials of your coaching, don’t neglect NCERT completely. Reading it once or twice a week will be beneficial.

One of the Botany teachers at my center used to say, “NEET is like a thick wall and NCERT is a door in that wall. By giving too much importance to your modules, you are wasting your energy and time in breaking the wall instead of using the door.”

2. Not solving enough MCQs in Biology

I believed that reading the chapters would be sufficient for Biology and did not give much importance to practicing questions in Biology. I used to solve the MCQs in the modules but most of them were beyond NCERT and not very useful for NEET. When I shifted to NCERT, I realised that I had to practice more NCERT based questions. So I purchased MTG NCERT At Your Fingertips but was unable to complete it.

3. Giving too much importance to theory in Physics

During the entire time of my preparation, I mainly emphasised on practicing lots of questions for Physics. But I don’t know why I thought to read theory from modules during the last two months. It took a lot of time and my whole preparation schedule was disturbed. Luckily, I dropped the idea after about a week.

I am not saying that reading theory for Physics is a waste of time. But I believe that practicing a variety of questions and listening to your teachers attentively will suffice to build your concepts.

4. Not practicing NCERT questions in Physics

I had neglected NCERT questions thinking they were of subjective type and thus wouldn’t be much important for NEET. It was much later that some of my friends pointed out that a few questions from previous years were directly from NCERT. Even the values in the questions were the same as in NCERT. I started solving NCERT questions and examples but was only able to complete class 11th part due to time constraints. Also the True/ False type and Give Reason type questions of NCERT are a gem and will be instrumental in clearing your concepts.

My organic was good enough till class 12th but the questions from tests scared the hell out of me. I started hating organic chemistry and my confidence swooped so low that I was not even able to solve NCERT level questions. I just stopped studying it. It took me a lot of time to regain my confidence, thanks to the constant support from my chemistry teacher. I would have saved a lot of precious time had I persisted with it instead of giving up.

6. Unnecessary stress during last few days before the exam

There were some stress periods during the final days of preparation in which I unnecessarily frightened myself, thinking what would I do if I failed to perform on the D-day. Constant encouragement from my parents and friends helped me to get over those thoughts. If you ever have these kinds of thoughts, which you will certainly have at some point of time, don’t hesitate to share them with your parents. Never keep such things to yourself.

There was a grave mistake I did during NEET- bubbling the wrong option and that too in two questions and then I left one question unmarked by mistake. This cost me 14 marks. In the 25–30 tests for which I had appeared during my preparation, I did not commit a single mistake in filling the OMR sheet, an accomplishment of which I was proud. But I got tense in the real exam and committed that mistake which I least expected.

So I will advise you to arrange some OMR sheets and practice filling them. And appear for each and every test, no matter if you are prepared or not. These small tests will prepare you for the real battle.

These were some of the mistakes I made during my NEET preparation.

Hope you get the message.

What are the Biggest Mistakes During NEET Preparation? was last modified: January 29th, 2021 by Ankit Kumar Rai