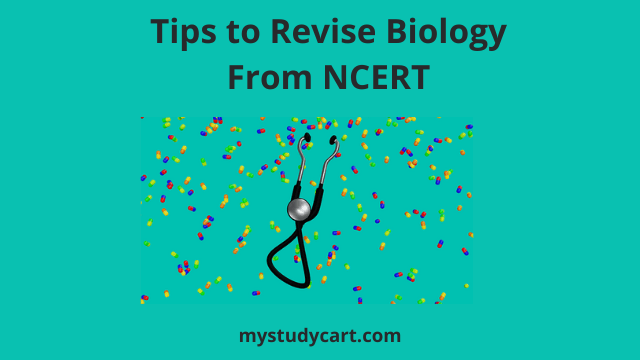 How do I Revise my NCERT Bio?

You want to revise all the Biology chapters just before NEET. First things first, you only have to read NCERT. Practically, you can’t read NCERT line by line before the NEET exam and it doesn’t make sense to go line by line.

I mean you know :

You do not need to revise these again and again or read in the last moments before the NEET exam. But you may not remember :

Revising Biology From NCERT Before the NEET Exam

I used to star mark the points in NCERT which I used to forget in my mock tests last month and I had marked the previous year questions as NEET 19, 18 etc. So the day before NEET, I flipped NCERT and read those star marks and past year questions. It took me 4 hours hardly. That’s pretty much it.

The approach of revising NCERT Biology should be of reductionism so that you can conclude it all in the end before the NEET exam.

This post was originally written on Quora and republished here with Author’s permission.

How to Revise Biology From NCERT Before the NEET Exam? was last modified: September 24th, 2022 by Shubhangi Yadav